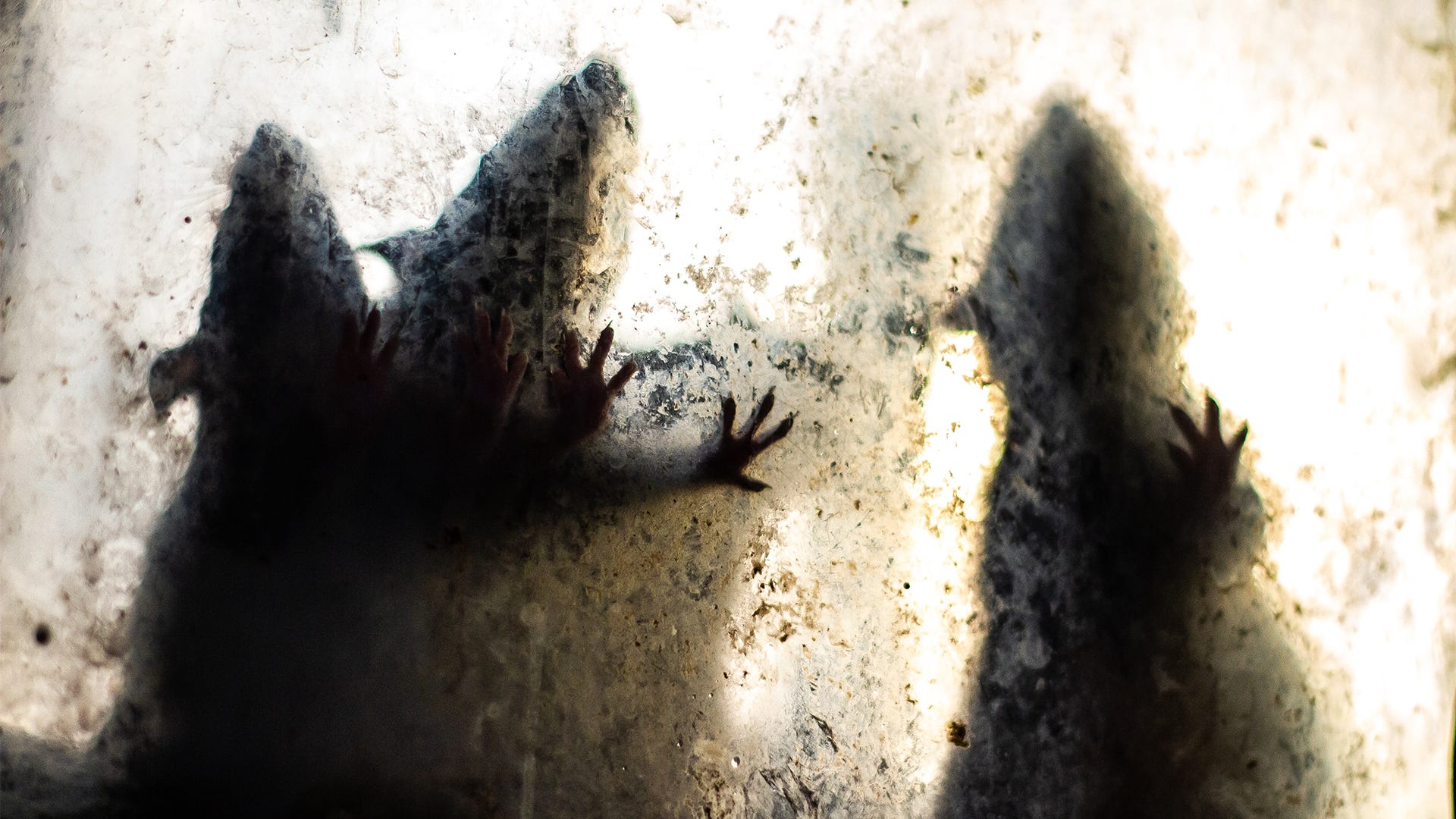 There’s a part of the human brain that is specifically wired to fear pests. Scientists discovered it during a series of MRI scans. They presented test subjects with images of various animals, and whenever a creepy crawly appeared, that special area of the brain would light up with activity.

This is a long way of saying you are forgiven for the way you gag when you see a mound of mouse droppings or the way you shudder when you come across a nest of rats. Even Indiana Jones hated snakes (for what it’s worth, his father hated rats).

For many, pest infestations in the home are the kind of nightmare you hope never to confront. The Internet is, after all, bustling with scary pest control stories that can leave you checking under your bed and under your floorboards for months.

The mundane truth about pest infestations is that they’re largely preventable. With the right tools, you can keep most critters out of your comfort zone. However, accomplishing such peace takes some time and forethought. And most infestations succeed in creeping up on us because they build slowly. We don’t think about them until it’s too late.

We invite you to join us in taking a look at some of these horror stories. We’re not going to touch on urban legends involving critters. (There are many of those. Simply search for “rats in hotel” or something to that effect. On second thought, maybe you shouldn’t.)

We believe there are enough true stories that can teach us better, and more valuable, lessons. If it helps, you can imagine all of us sitting around the campfire. But you might want to avoid reading this right before bed.

Rats and mice are generally pretty shy. They don’t like light, and they don’t like people. You know your rat infestation is terrifying when you hear stories about rats attacking people. That’s what happened at one Fairfax, VA senior apartment complex when a resident attempted to use the garbage chute.

According to WUSA 9 News in Virginia, the women opened the chute and only noticed one rat chomping on other residents’ garbage. A second, unnoticed rat attacked her, causing deep scratches on her chest. She was rushed to the hospital and was thankfully okay, but she described the incident as “scary—very scary.” We tend to agree.

While rat attacks are generally atypical, residents – especially those on the first floor – often reported finding mice or other rodents in traps kept stationed around their apartments. The infestation was so bad that when one resident had an extended, two-week stay in the hospital, he reported that the rats “had a party” while he was away. They had left droppings along the kitchen counters, on his floor and even on his couch. Instead of being excited to be back in his own bed, he was confronted with a mess: the rat equivalent of “we were here.”

One would expect the owners of this complex practiced safe pest control after this occurred. However, residents report that management wasn’t exactly responsive, so the infestation is ongoing. Many residents on the first floor report that they don’t sleep well at night.

If residents are going to go the “do your own pest control” route, they need to identify the problem first. Here are a few things residents can do to make themselves less of a target to any rodent:

The first step in mitigation in this instance would be a timely call to an exterminator. But residents can invest in devices to repel rats, such as the Victor® Ultra Pestchaser, which emits a high decibel ultrasonic frequency. Installing these devices in high-traffic areas, such as garbage chutes, can keep residents safer.

Due of the high volume of rats, residents may also want to invest in a set of Rat Zappers. These devices are a bigger investment than your traditional, spring loaded rat trap, but they’re capable of killing up to fifty or sixty rats on one set of batteries. The quick jolt of electricity humanely kills the rat intruders.

Don’t let the name fool you: rodents are not Batman. That is, they don’t move through the night without leaving a sign. Whether it is mice or rats, rodents leave evidence of their presence. The problem is that such evidence is small. And if you aren’t paying attention to details, that evidence can be easily ignored until you have to combat a full-blown pest infestation. That’s the case with our next story.

At Denver East High School, the rat infestation was so bad that a city inspector shut down the kitchen immediately – at the very minute his inspection had finished. Food for students had to be trucked in from an outside source. During a routine and scheduled inspection, the city health inspector noticed rat droppings in food boxes, on counter tops and on equipment. In other words, the droppings were everywhere.

The notion that students could have been exposed to rat droppings in their food is one that’s difficult to stomach. Thankfully, there were no reports of any student encounters with the rodents. It took two days to fully clean and sanitize the kitchen. Afterwards, the school was able to begin serving lunch again. But that wasn’t the end of the infestation.

Denver East High School is an old building – parts of it are over 90 years old. While the old areas of the school aren’t accessible to students, the rodent population entered without a problem. The infestation in these older areas of the school is ongoing, and officials are uncertain as to how many rats may have nested there.

In this situation – as is the case in many old buildings – officials will likely try to strengthen barriers to the outside. Over time, erosion can create small spaces through which rats can squeeze. Eliminating these spaces is vital to keeping a rat population out.

In some cases, it might be possible to use repellents, such as scent-repellents, to deter rodents from gaining access to a structure. However, more permanent solutions are required for long-term success.

If you’re going to do your own pest control to keep rodents out of a structure, there are a few things you should do right away:

Story #3: They're in the Walls

This last story is one we found on Animal Planet’s Infested television show. In the episode (which, we might add is shot much the same way as if James Cameron was filming Aliens), a single mother is startled to find a single rat in her home. Of course, it turns out this single rat is an ill omen of things to come.

The mother called an exterminator, who then goes about searching for signs of a larger infestation. It doesn’t take the exterminator much time to discover such evidence. This particular house was split into two levels: the main house and, on the third floor, a vacant rental property.

In the space between the two properties, above the ceiling of the main living unit, the exterminator found evidence of an enormous colony of rats. They had been using clothing and stuffed animals stored in the area to make a nest.

During the night, the homeowner could hear the rats scurrying above the ceiling. She heard scratches, thumps and chewing noises. When she tried moving to the upstairs apartment to get away from the rats, the noises followed her. Instead of hearing the noises in the ceiling, she now heard them in the floor. Imagine that: scratching, scurrying and gnawing, all beneath your feet.

A substantial rat population can be a dangerous thing (see the episode of Hoarders in which a man lets his pet rats loose, a colony forms, and they gnaw on him while he sleeps to check if he’s still alive). As with any mammal, rats can carry diseases and they can occasionally be aggressive, so it’s important to practice safe pest control at all costs.

Any large rat infestation must be professionally mitigated. Setting traps on your own probably isn’t going to do it once the population has grown beyond a certain point. There are certainly some steps you can take to prevent such a build up of vermin.

Victor® offers a wide range of traps and control mechanisms, from standard mechanical rat traps to the more humane, electronic Rat Zapper® Ultra Rat Trap, which can kill up to sixty rats with one set of batteries.

You might not be able to keep every single rat from entering your house, but you can prevent a dangerous infestation by taking them out before they reproduce.

An Ounce of Prevention

Most people appreciate nature, but we also like it (or certain parts of it) to stay outside of our home. Sometimes this can be a constant battle. Nature, in many ways, tries to reclaim our modest constructions. In this way, your home is a fortress and rodents are constantly looking for cracks in the armor. After all, your home is warm, dry and safe (that’s why you like it, too).

To better protect your home from this onslaught, be sure to reinforce your shields. Victor® offers you the tools for bolstering your defenses, keeping a few strays from becoming a huge infestation. Maintaining control of pests requires some investment of both time and money, but the results are well worth the effort: a clean, safe home that is free from the threat of harsh stingers and diseased incisors.

If you want to keep your home safe and clean, check out the selection of safe pest control products offered by Victor®.

You're in Safe Hands with Victor®