How to Keep Rodents Off Athletic Fields 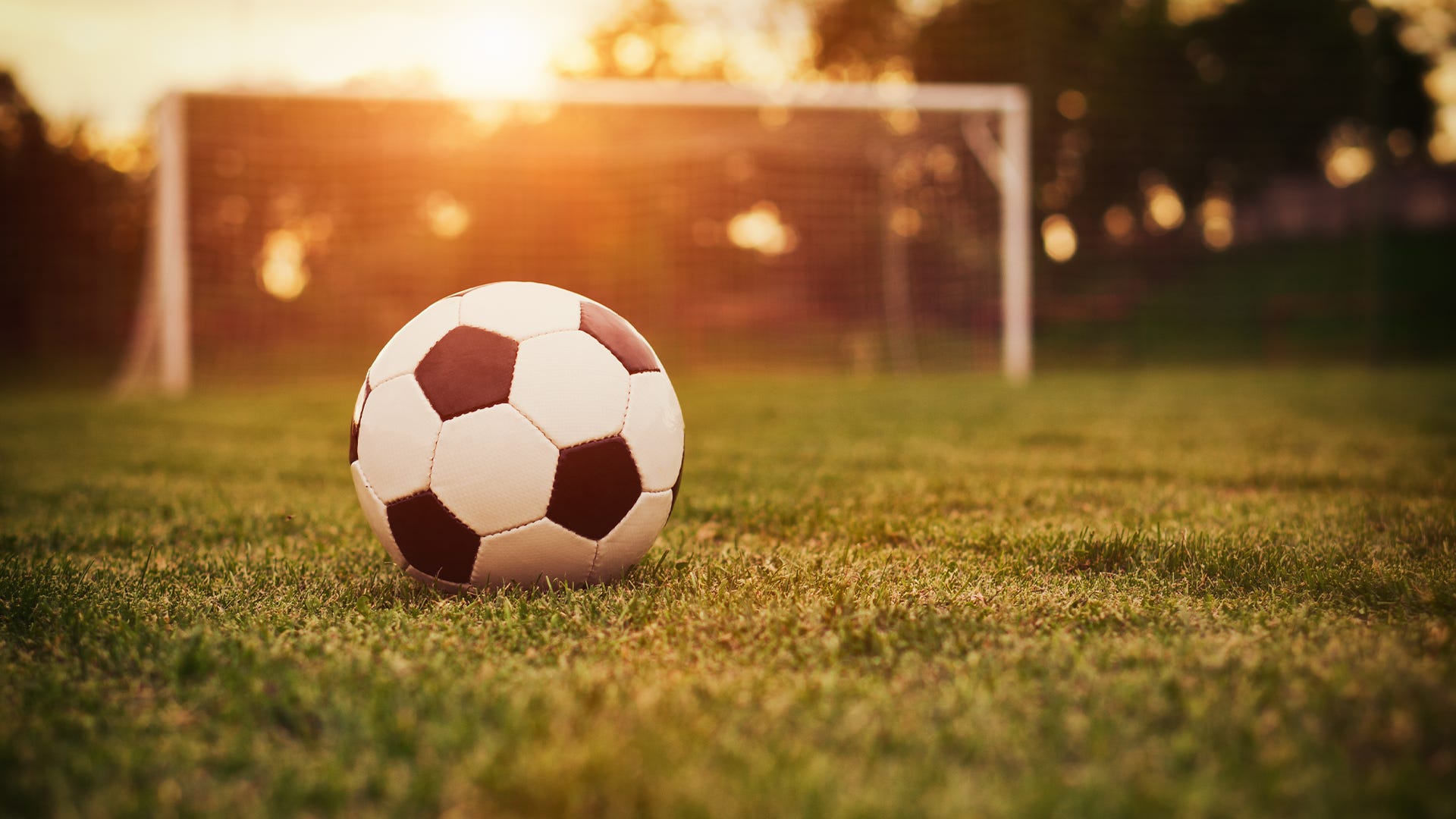 It's the third inning in a Little League playoff game between the Northside Dodgers and the Southside Yankees. The Dodgers’ star Aiden is up at bat. He makes a hit, sending the ball far outfield. As Yankee player Matthew runs to retrieve the ball, a stray mouse darts across the field. While Aiden closes in on a home run, his thunder is stolen by the little critter, whose furry white mane becomes the focus of the parents, players, coaches and officials. Somehow this simple incident becomes the defining moment for the league and the parents who are worried about their children’s safety.

If the above scenario sounds too farfetched, consider the setting of most sports games: turf grass. Fact is, rodents do crash local games every now and then — and sometimes they even make appearances at a professional level, too. While these critters can be benign, other cases have involved outright contagious rodents. When scenarios like these occur, it's often due to a lack of maintenance from field management.

Before we examine how to keep rodents away from athletic field areas and how to get rid of moles and gophers — two of the more common turf grass rodents — let’s hit upon the issue of pesticides: the all-too-common, yet none-too-wise solution to rodent infestations.

Pesticides of all kinds can be found in the resources and products that humans consume and use. Nonetheless, people continue to use pesticides throughout the world in various settings, from forests and farmlands to buildings, parks and stadiums.

With more than 20,000 pesticides listed by the Environmental Protection Agency, athletic fields across the United States are often treated with one or more substances that would qualify as such. In 2012, U.S. Rep. Rush Holt (D-N.J.) introduced the School Environmental Protection Act, a bill designed to stop pesticide use near schools. Meanwhile, pesticides have been the subject of individual city, county and even statewide bans, such as in Connecticut, where the chemicals are now prohibited from being applied on public school grounds.

Common Critters That Get in or Under Athletic Fields

In January 2015, a mouse infestation emerged along the grounds of Old Trafford, a football stadium in Manchester, England. This marked the fourth time in less than a decade that mice have infested the Manchester United stomping ground. Prior issues with mice were reported in 2006, 2010 and 2012. Critters have been spotted along the north and south stands of the playing field, as well as in the staff offices. In several instances, mice have been recorded darting along the fields while games were in progress. Experts say the problem stems from the stadium's proximity to a local canal.

Another rodent that has long haunted athletic fields is the gopher, which creates unsightly holes in turf grass. In 2006, administrators from Simi Valley Unified School District in California complained that gopher infestations had rendered their fields unsafe for sporting activities. While officials debated on whether games should continue on infested fields, the gophers continued their rampage by gnawing holes in the wires that powered each field's irrigation system. Consequently, district officials spent between $10,000 and $15,000 annually to combat the problem.

How to Get Rid of Moles

If you see a series of three- to five-inch ridges across a field, lawn or other stretch of turf grass, it's likely the work of moles. Even though moles don't pose any health threats, they can become a problem when they infest fields that are reserved for human use. For starters, the uprooted dirt can be both unattractive and disruptive to a whole range of sports activities. Moles also have a tendency to attack grass roots, and that destruction can cause vast swaths of grass to turn brown.

The mole lives most of its life under the earth's surface, digging through soil with its long claws as if paddling through water. Though its sight is limited — a mole's vision is primarily used to tell light from dark — the creature is armed with a pronounced snout that's good for sniffing out prey. Even though the mole is only five-and-a half to eight inches long, it can dig as far as a foot per minute. A single mole will excavate a web of tunnels under turf grass, and some of those tunnels will only be used one time. Moles are active day and night – they will dig for two hours, then sleep two hours and repeat the cycle for the rest of their lives. Earthworms and grubs comprise the bulk of the mole's diet, though the creature also eats snails, centipedes, millipedes, spiders and insects.

Due to the solitary nature of moles, the creature's presence rarely amounts to a large infestation. Therefore, mole activity can generally be stopped if you manage to capture the one or two individuals responsible. The most effective way to capture moles is with traps, which can be strategically placed at spots of activity and moved around daily until the creatures are eliminated. Given how moles are attracted to moist areas, it could also help to maximize the drainage on field soil.

Moles are repelled by certain substances, the most famous of which is coffee grounds. When adequately dispersed along mounds, mole activity will generally cease until the coffee grounds dissipate. However, going mound to mound sprinkling coffee around is unlikely to put moles off for very long, especially if grubs have drawn them to the field. Coffee grounds, after all, attract many kinds of larvae — and where grubs come, moles follow.

In fact, since coffee repels moles from the surface while attracting grubs to the soil, the moles would be more inclined to dig deeper below the field, resulting in more effort on your part to catch them. Therefore, to rid your field of moles, it's much more effective to simply trap these pests with one of the mole control products from Victor®.

Only a small group of moles is likely to haunt the same section of turf grass. Therefore, taking them out with some well-placed traps is the easiest way to end a mole problem. The whole job can be done in a matter of hours with the following steps:

How to Get Rid of Gophers

People often confuse the work of moles with that of gophers, but the two are rather easy to distinguish. Unlike the mole, gophers don’t create volcano-like ridges — instead, they travel through burrows and eat away at roots and bulbs within the ground. The holes that mark the entrances of burrows can sometimes be spotted with the naked eye, but usually these are obscured by soil. Moles and gophers also differ in their diets. The former feeds on insects and earthworms, while the latter mostly consumes plants.

If you simply want to repel gophers from an athletic field, Victor® granular repellent can do the trick. Made from castor oil, corncob granules and soap, this product is healthy for lawns and harmless to humans, but acts as a repellent for gophers. All it takes are small deposits in the areas where gopher damage has occurred. One pound of granules is potent enough for up to 1,000 square feet. The granules can be watered into the ground or soaked in naturally by the rain. Once the scent seeps into the soil, gophers will flee to a more favorable location. To ensure even coverage of the field, apply the granules with a machine spreader at the lowest setting.

Methods that aren't recommended for weeding out gopher infestations include smoke bombs and pesticides. Burrow flooding is sometimes effective, but it could compromise the integrity of soil along a field. Products that are recommended for eliminating these critters include any of the gopher traps, granules or sonic spikes by Victor®.

How to Get Rid of an Outdoor Mouse or Rat Infestation

If mice or rats are prevalent on your sports fields, Victor® has a variety of methods for dealing with these rodents. Unfortunately, being outdoors will offer its own challenges. Weather will be a major factor, as well the activity level on the field for practices, games and maintenance.

To avoid endangering players and spectators, select a time that the field is not in use for laying out your traps, and don’t forget to collect them again before the field reopens to public use. You may even need a map to keep track all of your traps. Also, keep in mind that the weather or larger wildlife may move your traps from their original location.

Electric zappers are not designated for outdoor use, as an unexpected drizzle will likely ruin your machine. However, electric mouse or rat traps can be used inside concession stands, storage sheds or outhouses where these rodents may be active.

Another helpful idea is to select traps that can catch more than one rodent at a time. Although traps designed for rats only hold one animal, some mouse traps can hold many more. The Victor® Clean-Kill™ Mouse Trap will kill three mice, for example. But the best is the Victor® TIN CAT® Mouse Trap – it can live-capture and hold up to 30 mice! Note that with the TIN CAT®, you will have to make arrangements to get rid of the animals after their capture.

We often consider safety of the people using a sports field – spectators are shielded by nets, and leagues require helmets and pads. That same concern for safety can be expanded to the field itself. The presence of wild animals in these areas can pose even more dangers, and you can count on Victor® to provide you the solutions you need.

For links to more articles like this one and special offers on Victor® products, subscribe to the Victor® eNewsletter.