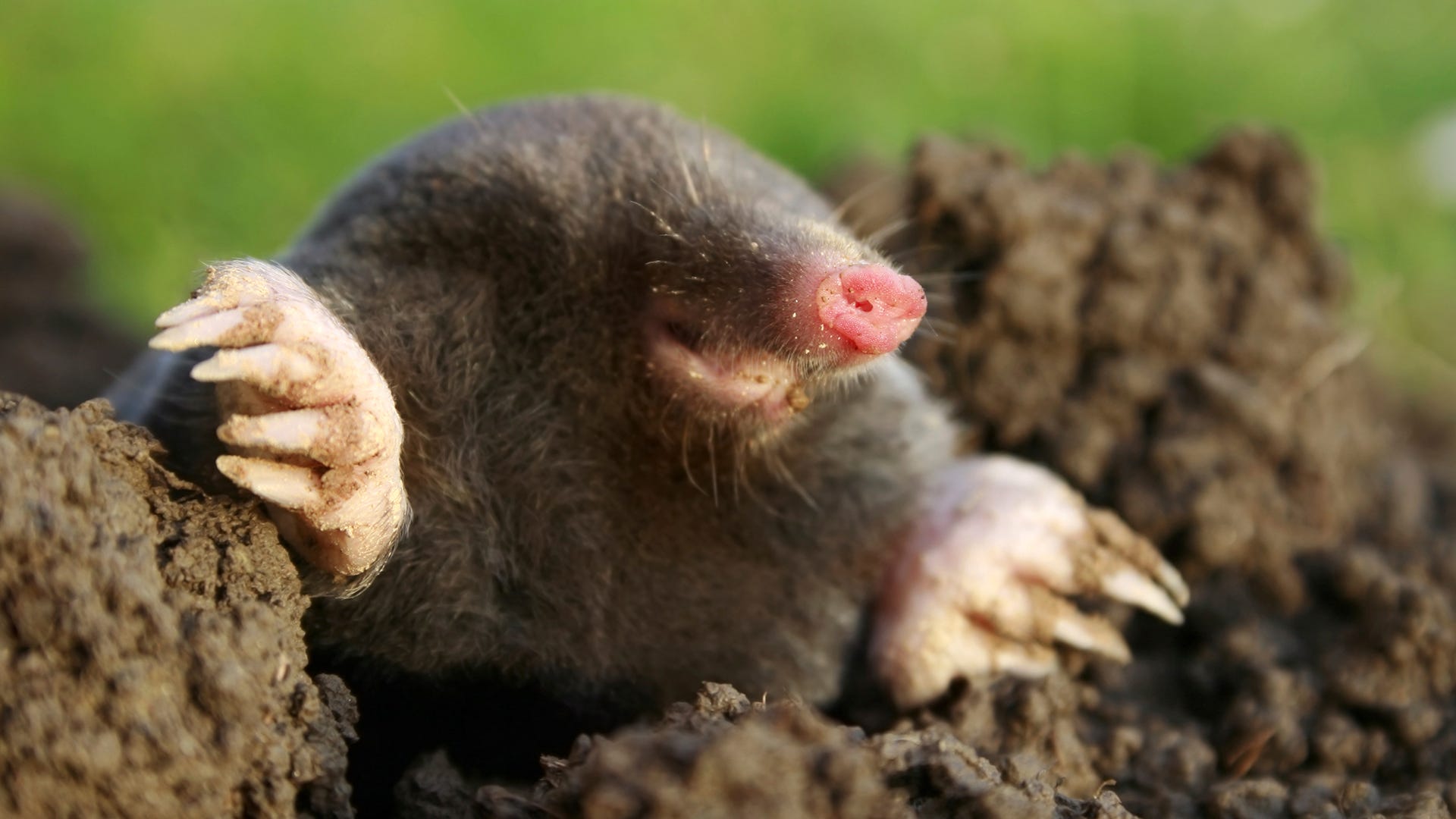 Anyone who has seen a mole out and about should consider themselves lucky. These mysterious animals are underground for about 98% of their lifetime and barely come above, which has caused many people to create some ridiculous myths about them and how to eliminate them from your yard.

There are so many tips and tricks people have come up with that it might not be the easiest to know which are correct and which aren’t. To help you distinguish truth from fiction, we’re here to bust some of these myths.

False: If you spot a mole, you can easily see that it’s grey and fuzzy which automatically makes you think it is some sort of rodent. However, it is really an insectivore. Insectivores are mammals that that eats plants and insects, not nuts and grains like rodents. Moles are about six to eight inches in length and have a torpedo-shaped body with feet adapted for tunneling and running. Their permanent tunnels are usually about two inches in diameter and anywhere from eight to twelve inches underground, while their temporary tunnels are usually right underneath the surface of the ground.

Myth #2: Moles Can be Baited Out of Your Yard

False: Forget all the myths, gimmicks, and gadgets that everyone believes like filling their holes with Juicy Fruit Gum, essential oils, glass shards, hot peppers, and rodent baits. Moles are not rodents, so do not be fooled by the “Mole and Rodent Bait” bags, because those bags consist of nuts, seeds, and grains, which is not what they eat at all. Moles can be successfully baited with worm-shaped baits that contain bromoethane.

Victor® Mole and Gopher Repellent is an efficient way to get the moles to leave without poisoning them and uses natural ingredients as well. Traps are also a way to totally get rid of moles in your yard. Victor® Mole Trap or Victor® Deadest Mole Trap will effectively eliminate moles in their tunnels, while keeping your children and pets safe above ground. This product also is weather-resistant which allows it to be used at any time.

Myth #3: Grubs are the Only Reason Moles are in Your Yard

False: If moles were only in your yard because of grubs they would have already starved to death! Grubs are not present in yards until late spring and early summer, which is why you can not clear the moles out by killing all the grubs. If the grubs were removed it would only make the situation worse by causing the moles to tunnel wider, which would be creating more tunnels, ridges, and mounds throughout your yard. Their main source of food is earth worms, and sadly, they are in the ground year-round.

Myth #4: Moles Hibernate in the Winter

False: Moles do not hibernate in the winter when it’s cold outside because they are unable to store fat on their bodies. To stay warm in the winter they will follow earth worms deep into the ground, that way not only are they staying warm, but have a constant food source as well. They will just patiently wait underground until warm weather returns so they can start destroying gardens and yards everywhere.

Myth #5: Moles Sleep All Day and Only Come Out at Night

False: This myth came to be because you never see fresh moles hills made throughout the day, but they always seem to be there when you wake up the next morning! Moles are active during the day and night, but they tend to do more damage when all is quiet. When moles feel the vibrations through the yard from people or pets running around, they slow their activity. Victor® Sonic Spikes use ultrasonic frequencies to send vibrations through your yard to purposely drive them out. When the moles feel these vibrations, they tend to stop digging, similar to why they dig at night when nobody is disturbing them. 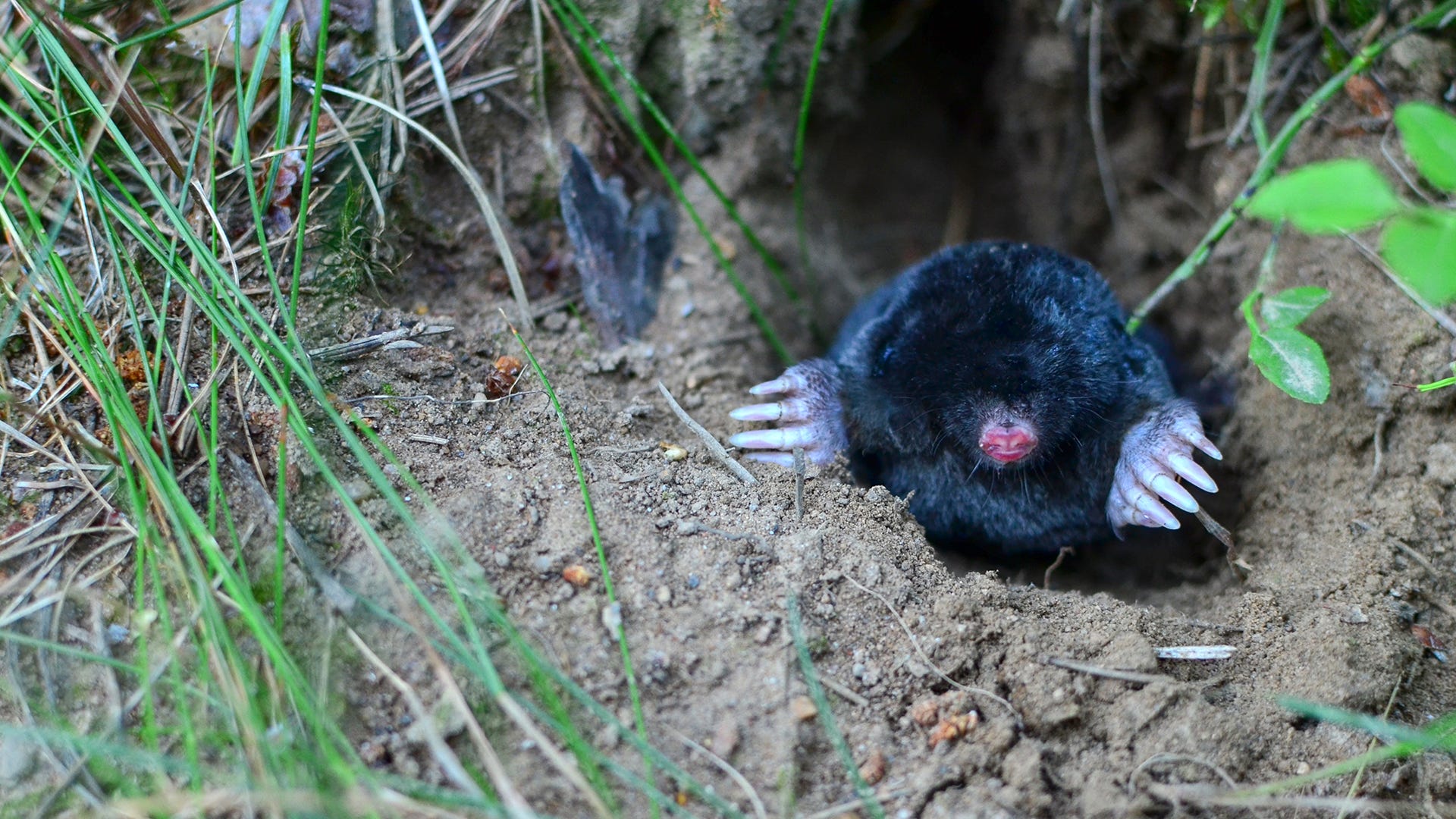 Here at Victor® we take pride in our knowledge of different pests and how to control them. If you are interested in learning more or sharing your own stories and tips, join us on our Facebook page. To stay updated on new products and receive news about exclusive deals, be sure to sign up for our e-newsletter!

Fight Back Against Moles