When you think of the word ‘infestation’, visions of millions of mice and rats scurrying through the streets and your home like something out of a horror movie usually come to mind. What if some of these horrific tales were true? As history has shown, sometimes fact is stranger than fiction, and this is no exception when it comes to rodent infestations.

We went back (way back) in time to bring you some of the largest rodent infestations and disease outbreaks due to rodent infestations the world has ever seen. From Australia to Europe and the United States and many places in between, rodents have consistently established themselves as nuisances, in some places more than others.

Prehistory: The Invasion of Australia 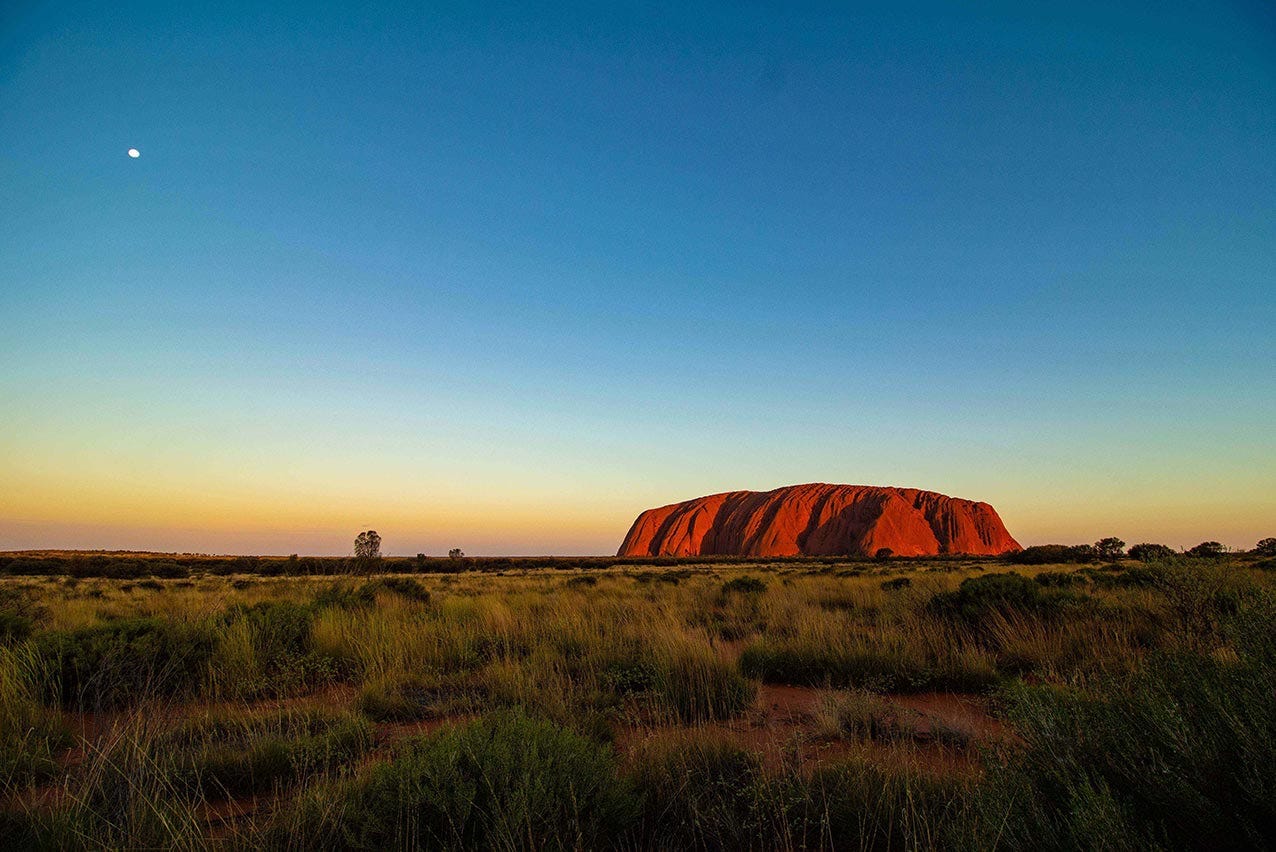 Think way back. Now go back even further to 6 million years ago. Most of the rats living in Australia today are the descendants of a single invasive rat species that arrived via floating foliage from Asia. The number of rats arriving will likely remain a mystery for all of time, but it would only take 1 pregnant female for an entire country to suffer from an infestation.

It is estimated that Sydney, Australia alone has over 500 million rats. Imagine how many more are inhabiting the continent as a whole. Now that is one massive infestation. These rodents have settled in over the past few million years, but have been threatened by a newer infestation, European rats. Since the 1850’s, brown rats, house mice, and other European species have been introduced to the country and caused the extinction of 14 native species of rodents. 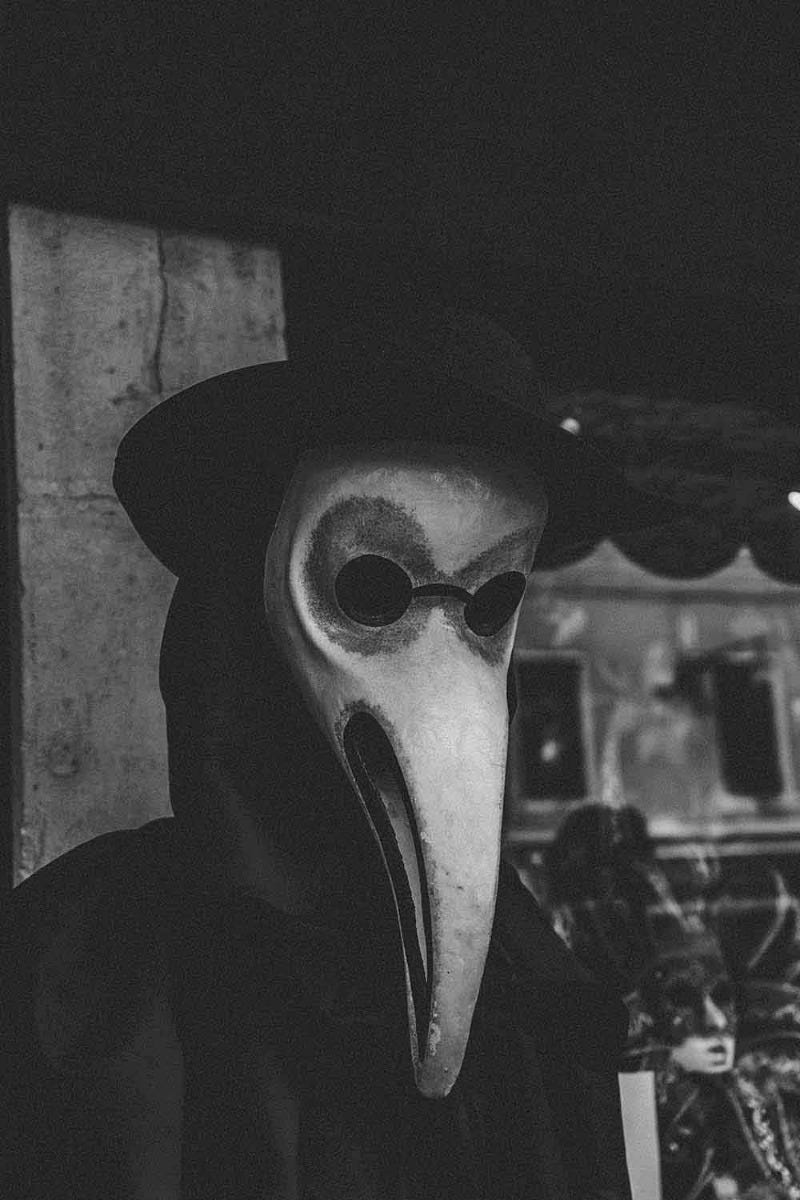 Rats get more blame for the annihilation of Eurasia’s population during this time than they should. An estimated 75-200 million people (30-60% of Europe’s population) died during this devastating epidemic, and, for the longest time, rats were blamed.

While there is no doubt that rodents can spread some very nasty diseases, including the plague, they were not the single cause of this outbreak. Due to the poor living conditions for the lower classes in the Medieval Period, rats and other rodent infestations were not uncommon, as evidenced by the rodent control pamphlets that were circulated.

The rodent population was likely high and extremely widespread during this time. Lack of high-quality hygiene practices also led to an abundance of fleas and lice. Rodents may have carried the plague and infested the streets and homes, but fleas were the actual cause of most peoples’ infections. By feasting on rats, the fleas would ingest the bacteria that caused the plague. Once the fleas bit an unsuspecting human, they too could become infected. 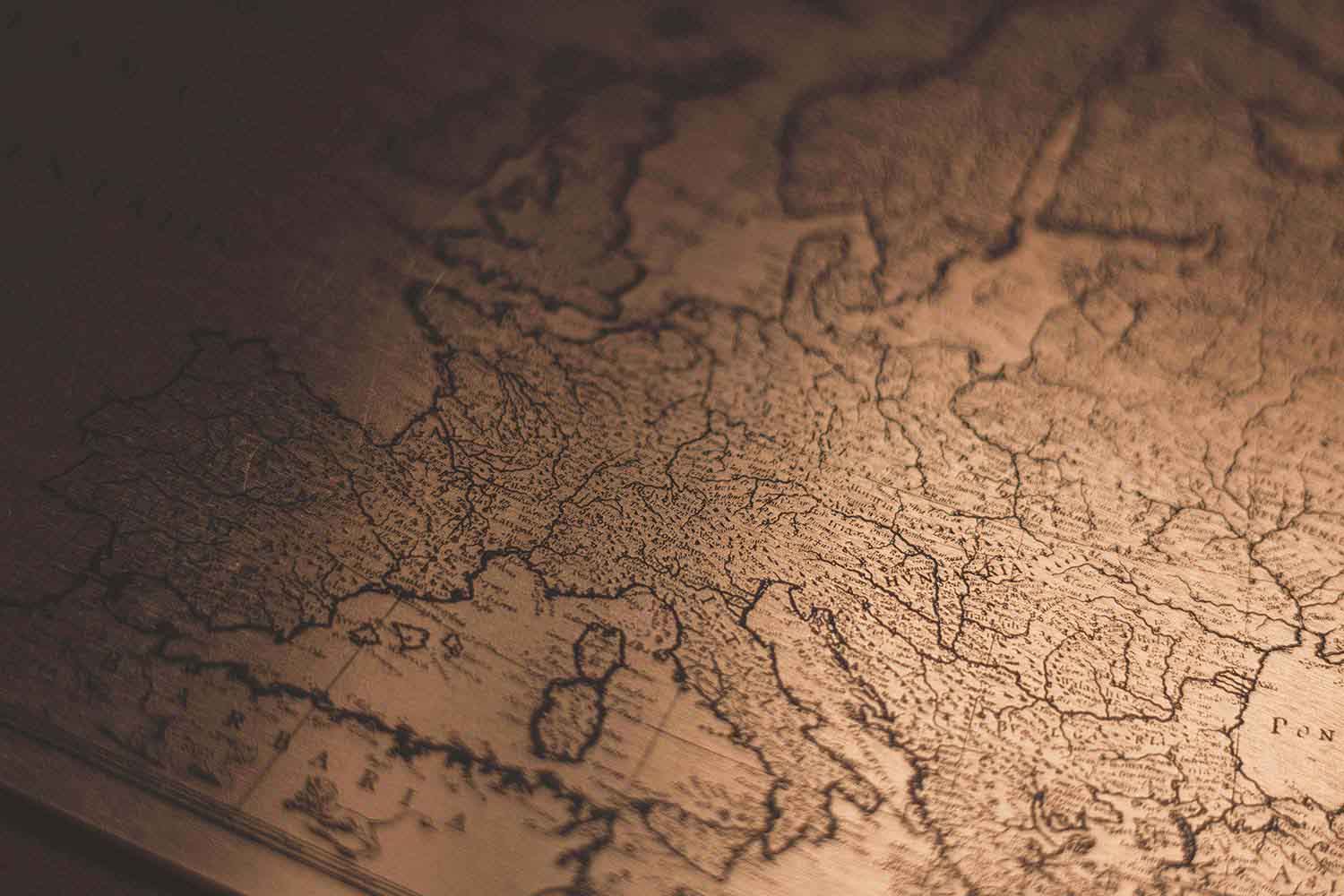 The 1700’s were a time of vast exploration, colonization, and trade, mostly carried out by ship. The nooks and crannies of these ships were often inhabited by rodents who burrowed into cargo boxes. Whenever a ship docked and unloaded, these scurrying pests would usually find themselves in a brand new world to infest.

During this period, rats and mice were mostly brought over from England and France. The brown rat, the most common rat in modern-day USA, first made its appearance in the New World during this time. While these rodents were originally from Europe, they quickly made a home throughout both North and South America. No one knows just how many rats and mice there are in North America today thanks to trade during this time, but it is likely in the millions or billions.

In 1894, instances of the plague that first appeared in 1855, had made its way across China to Hong Kong. The disease spread mostly along trade routes and the bacteria was officially identified scientifically. Four years later, the brown rat was discovered to be the primary host of this murderous disease, but fleas were yet again the vector.

As modern-day trade methods increased the spread of rodents stowed away in cargo, the disease was not as deadly as the first plague in the 1300’s. Antibiotics, modern treatments, and the practice of rodent control kept this disease more confined. This outbreak, while waxing and waning, did not end for another 5 decades, but not before rats and fleas allowed it to spread to more parts of Asia and Africa. 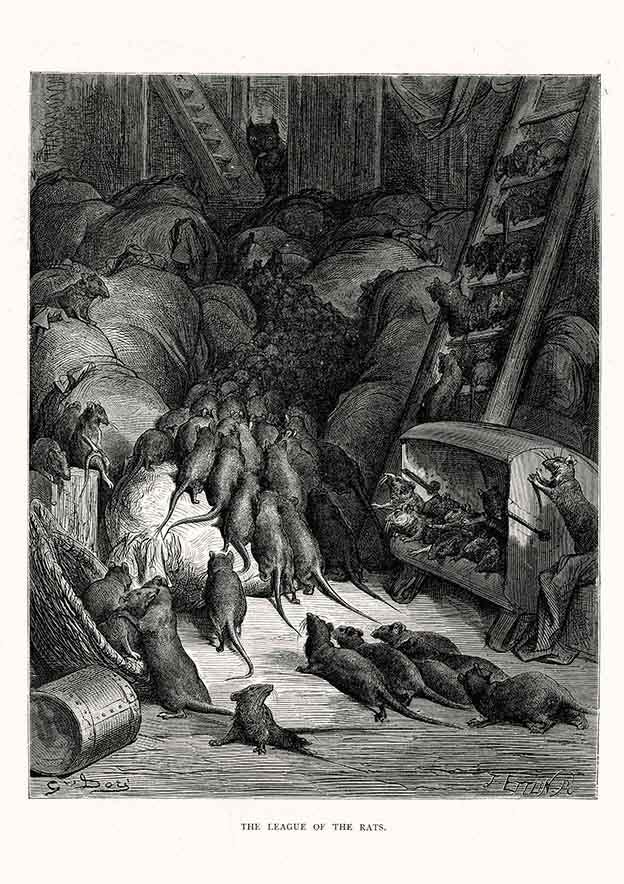 During the late 1800’s and early 1900’s, colonists in Hanoi decided to equip the town with toilets. This meant creating a sewer system capable of carrying waste away. While it did just that, the sewer system became home to many rats who were seen emerging from drains like a scene from the colonists’ nightmares. The sewage system created a dark, cool, rodent paradise where they could breed without fear from predators.

The numbers were never calculated, but the problem became so desperate to French colonists that they hired rat hunters. To keep the number of plague outbreaks down, colonists paid these Vietnamese rat hunters for every rat tail they brought in, which accumulated to over 4,000 a day. On one eventful day, over 20,000 rats were killed. Unfortunately for those paying the bill, it was discovered the rat hunters were simply chopping the tails off of live rats to let them keep breeding so more tails could be chopped off to ensure a long-lasting profit! 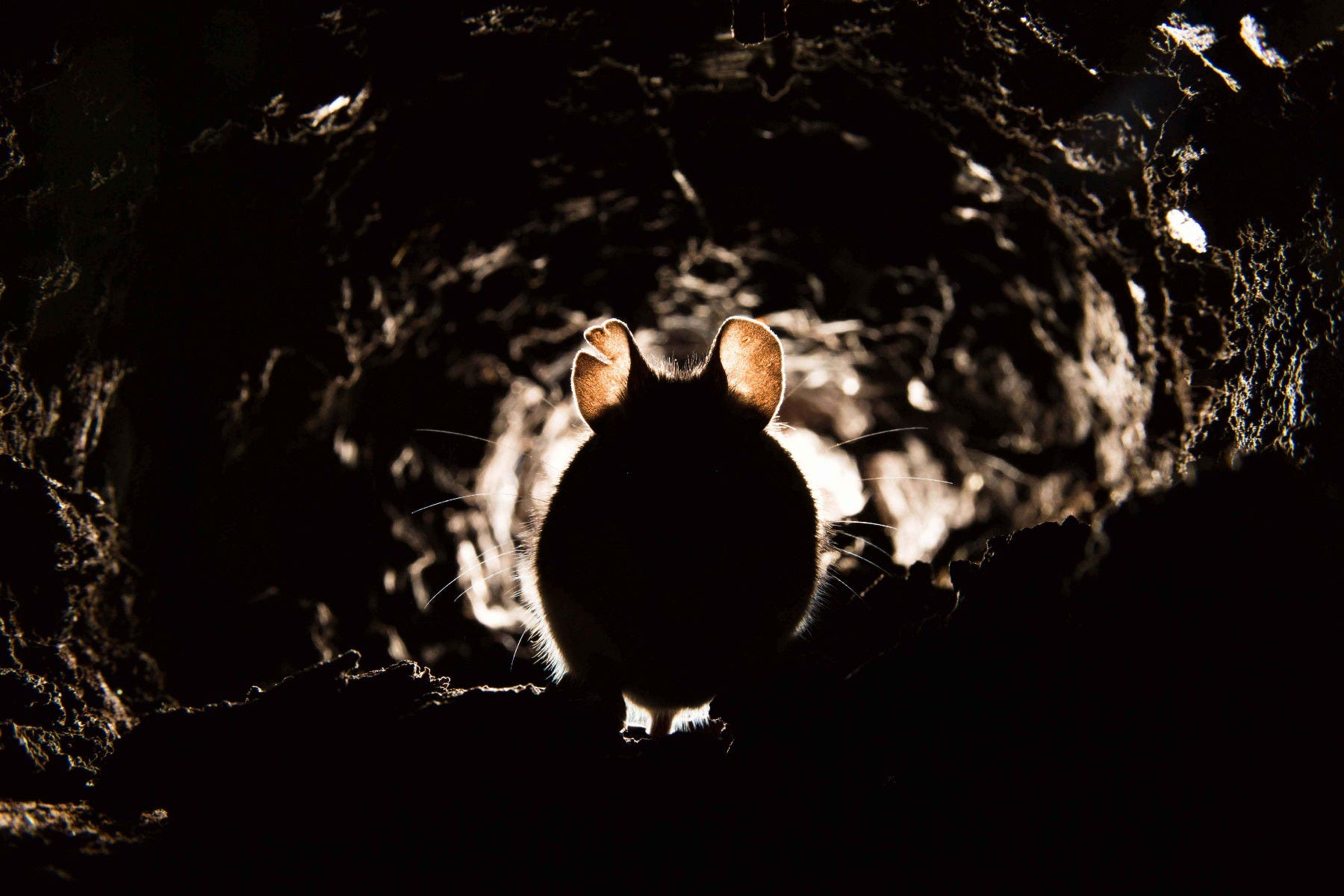 Taft, California is notorious for the largest mouse infestation in American history. In 1924, the predecessor to the U.S. Fish and Wildlife Service launched an ill-fated program to eliminate hawks, coyotes, and other predators from the county. Unbeknownst to them, those predators kept the mouse population from becoming a major issue. Once eliminated, the mice were able to breed without any obstruction and did so at an alarming rate.

The surrounding area of the town was ripe with crops and featured a lake which served as a natural source of water, the perfect place for mice to breed and eat. By November of that year, the harvest would have been completed and food would’ve been more scarce for a large population of rodents. Later that month, a rainstorm hit the town and caused the lake to flood, triggering a mass exodus of mice from the area. Where did they scurry? Straight into the town of Taft.

Eye witness accounts report literal waves of rodents scampering across fields, eating everything in their path that was edible. Townsfolk dug trenches filled with poison, but by that time, the population was too high for this to make a major dent. When the ‘army’ of mice reached Taft, the population had climbed to 50 million mice. Their hunger was so insatiable they even ate a live sheep in its pen.

By January, the situation was dire and the Bureau of Biological Survey was called in. Of all the people they could’ve sent, Stanley Piper was their chosen man. We can only imagine the number of pied piper jokes he endured. At this point, the population had reached 100 million mice.

Right as Mr. Piper’s plans to destroy the mice breeding grounds were set to begin, a miracle happened, birds suddenly arrived and began feasting on the mice. February brought another rainstorm and flood that finally ended the largest infestation of mice in the United States. Hopefully, they will think twice before eliminating predators of mice in the future! 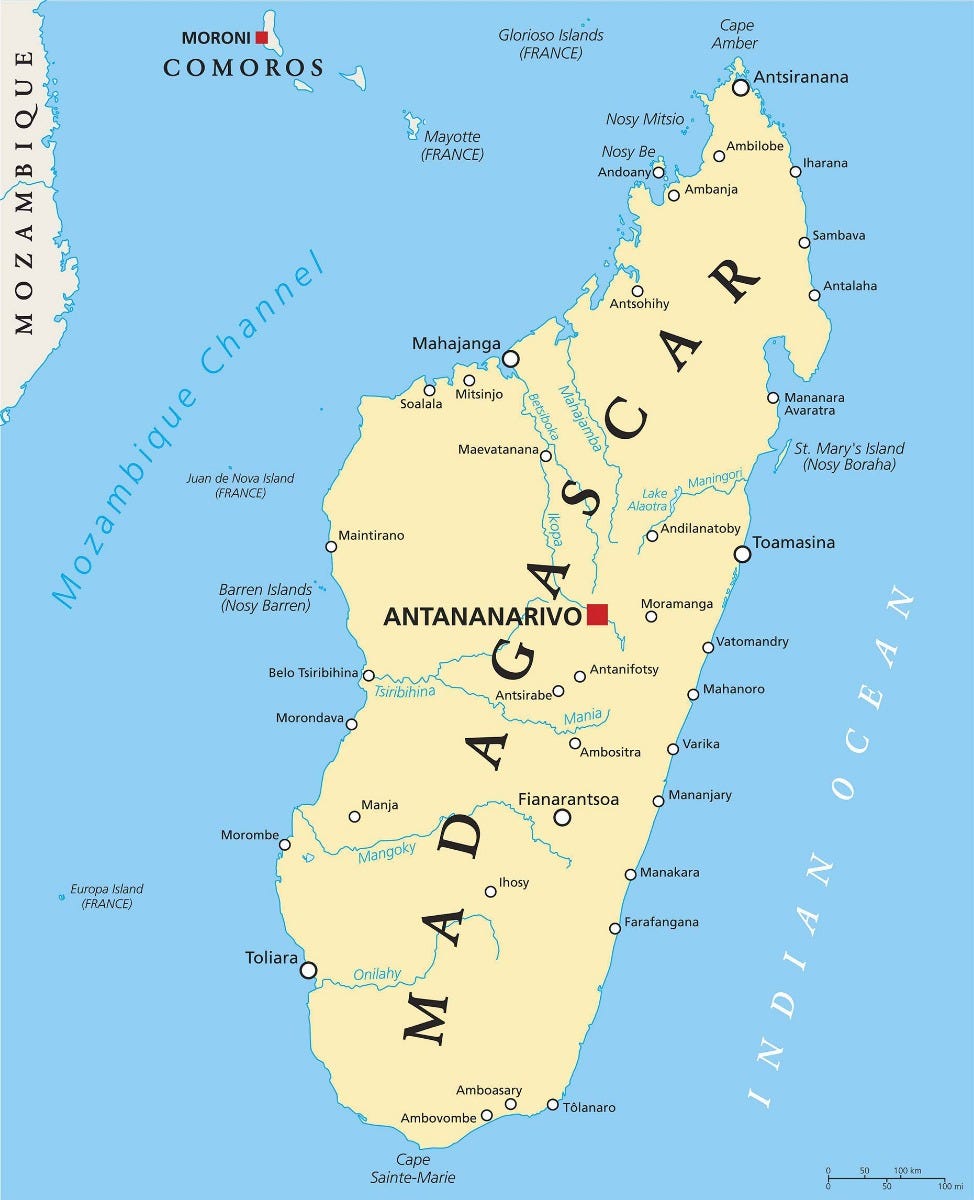 This antiquated menace remains a problem in our modern world. Madagascar, in particular, is (pun intended) plagued with this outbreak far more than any other nation in the world with 74% of all outbreaks worldwide occurring there. One of the causes? Rats.

The plague arrived with rats and persists because of the rats. While these rodents are known to be susceptible to the disease, the rats living in the high plateau region of Madagascar have developed a genetic resistance to the disease, making them hosts that are not likely to die from the disease. Instead of the disease eliminating potential carriers, these rats continue to be a threat to anyone they may bite.

Which Infestation Story Was Your Favorite?

Do you know of a great infestation story? Let us know on our Facebook page! Maybe after reading about gruesome rodent infestations you want to learn more about rodent proofing your home? Take steps now to be prepared with traps and repellents so you don’t go down in the history books like these unfortunate places! Explore our Learning Center for some great tips and sign up for our e-newsletter to stay up to date on all the newest, innovative products.

Keep Your House Safe with These Solutions