How Do Mice Fit In Such Small Spaces? 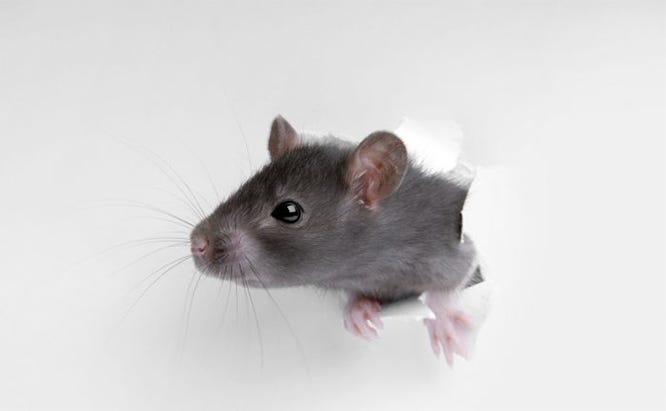 If you’ve ever scoured the perimeter of your house for entry points an animal could enter through – and if you haven’t, you really should – you may wonder just how small an opening you should be concerned about. A favorite comparison often used by Dr. Bobby Corrigan, noted rodentologist and award-winning pest management consultant, states that if you can put a #2 pencil into a hole, a mouse would be able to get through it as well. Others like to use the dime as an example of the width a mouse can exploit. Basically, we’re talking about a space that is roughly ¼-inch across.

For years a rumor has circulated that rodents have collapsible skeletons which allow them to squeeze through tight spaces. This is not true. And while it is also said that they lack a “collarbone,” this is not exactly correct either. The mouse’s sloping clavicle is positioned differently from our own, in accordance with its profoundly different anatomy and the fact that certain supporting bones serve different functions. Just look at how the mouse holds its head and neck and compare it to how we do and you will begin to understand. The clavicle of a mouse simply does not provide a barrier as it would in a human.

The skeleton of a mouse accommodates its lifestyle, a good deal of which is taken up by burrowing for food and safety. It can be said that it was “made” to squeeze into things, a natural adaptation to a life of digging and tunneling.

How Does It Know?

So what allows a mouse to determine whether it can burrow into a particular space without getting stuck? Is it psychic? If you’ve ever watched a cat stare at a cluttered countertop and suddenly leap up to land on a perfectly empty spot, that’s baffling! As for the mouse, it’s a simple matter. After gauging an entryway’s width with its whiskers, it pokes its head in and the rest is settled. If the head can pass through, the body will have no problem.

The body only seems bigger on some mice, but when it comes down to what’s inside the mouse, the skull is its largest feature. A mouse may occasionally get hung up trying to get through a hole in a place where it doesn’t have solid footing, especially if higher than it can reach while standing. 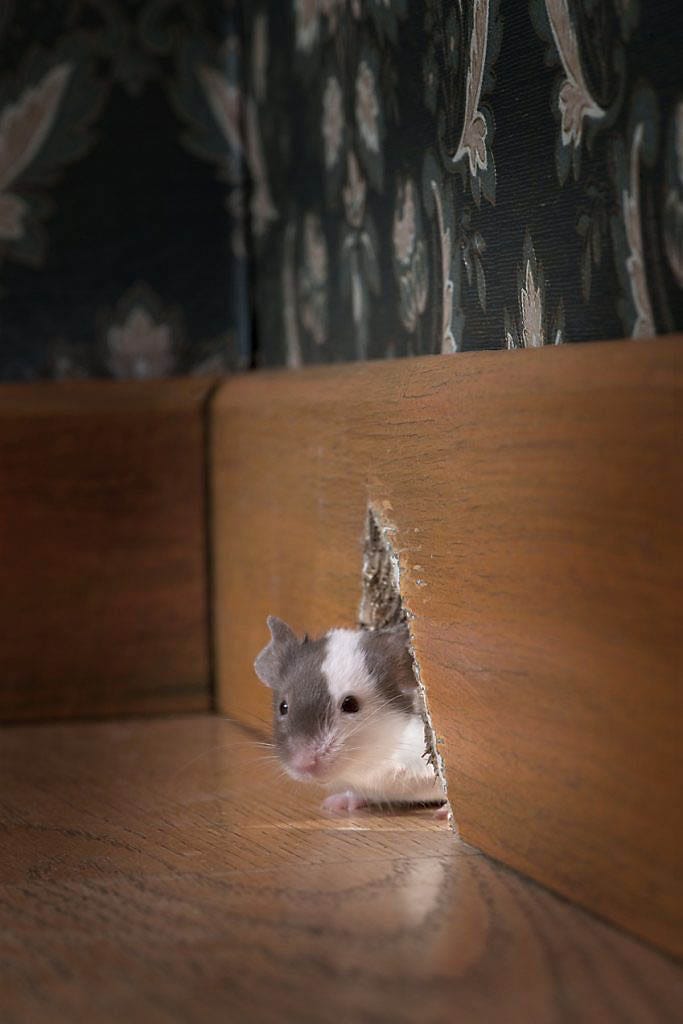 But if balance and a steady surface aren’t an issue, there is no reason to doubt that once a head makes its way all the way through, the rest of the body will follow.