What Humans Can Learn from Calhoun's Rodent Utopia 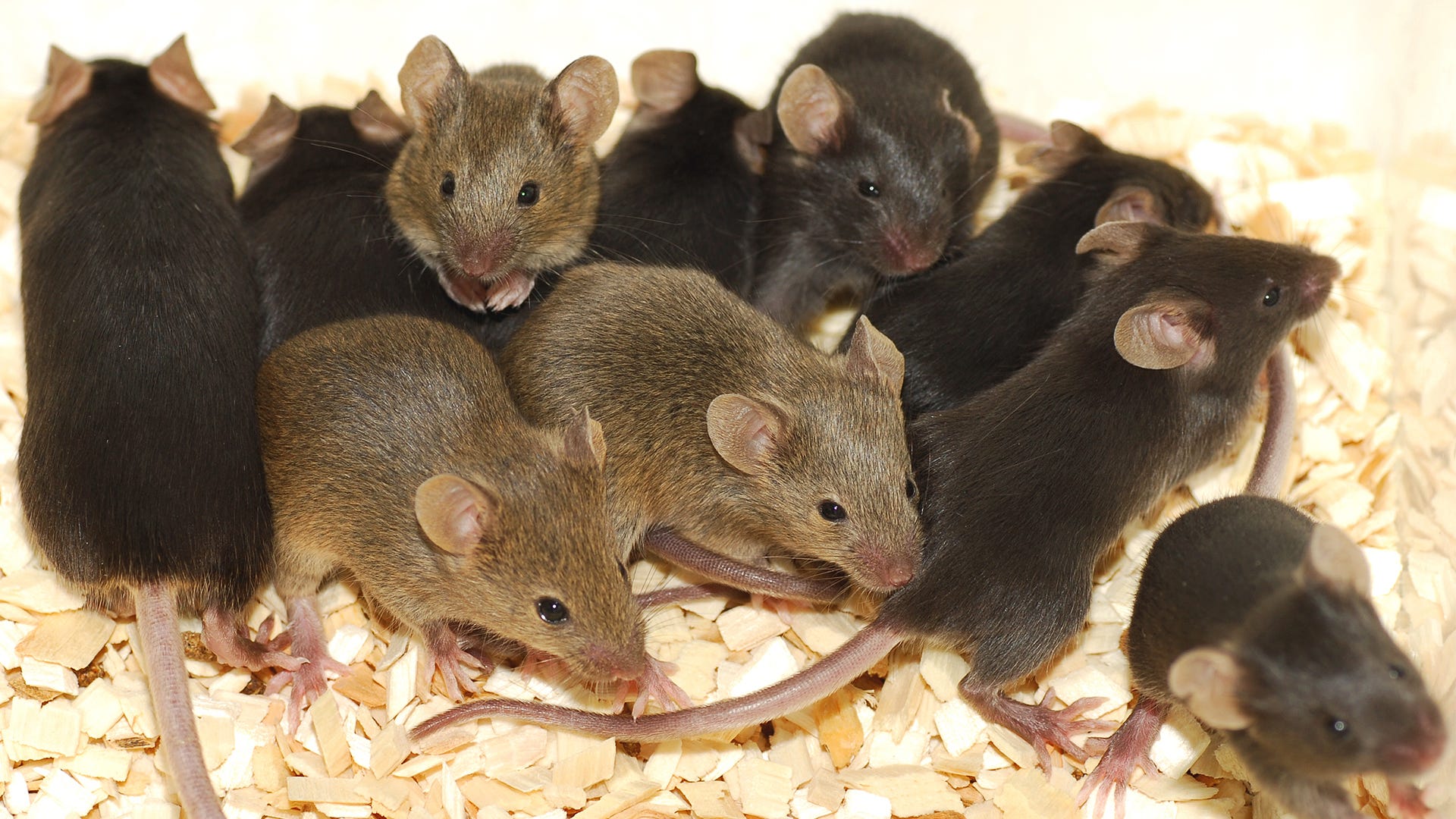 Between 1968 and 1970, American ethologist John B. Calhoun (1917-1995) conducted a behavioral study of captive mice within a nine-square-foot enclosure at a rural facility in Poolesville, Maryland. Within the enclosure known as Universe 25, several pairs of mice bred a population, which ultimately swelled to 2,200. Eventually, they established social orders that created inside and outside factions, and soon mating ceased altogether.

The study confirmed his grim hypothesis, based on earlier studies of the Norway rat in small settings. In his theory he suggested that overpopulation spawns a breakdown in social functions. That, in turn, inevitably leads to extinction.

Though wildly controversial when first made public, Calhoun's theory has raised concern over the years that the social breakdown of Universe 25 could ultimately serve as a metaphor for the trajectory of the human race. Consequently, the “rodent utopia project” has been a subject of interest among architects, city planning councils and government agencies around the world.

Calhoun began his experimental research on rodents in 1947, when he studied an enclosed group of Norway rats at a barn in Rockville, Maryland. Supplying the critters with unlimited food and water, he expected to see their population swell to 5,000 over the course of the 28-month experiment. However, the population capped out at 200 after subdividing into smaller groups, each of which comprised merely a dozen individuals.

Continuing with these studies during the 1950s, Calhoun set up a more complex enclosure to examine how further groups of rodents would behave in a sterilized, predator-free environment. Over the course of these experiments, the same sequence of events would transpire each time:

In 1962, Scientific American published Calhoun's observations from his research in the article "Population Density and Social Pathology," wherein he coined the phrase "behavior sink" to describe the results of overcrowding — namely the breakdown of social functions and the collapse of populations — in the enclosed rodent environment. Hitting the public just as vast urban expansion saw growing numbers of college grads flocking to big cities for work opportunities, many viewed the article as a warning of what could happen to the human race if populations continued to rise at their current rate.

Expanding on his earlier studies, Calhoun devised his ultimate research experiment. In Universe 25, a population of mice would grow within a 2.7-square-meter enclosure consisting of four pens, 256 living compartments and 16 burrows that led to food and water supplies.

With a plague-free environment, a plenitude of comforts, a lack of predation and an unlimited supply of consumables, the mice would enjoy all the luxuries equivalent to modern human life. Calhoun initiated the experiment with four pairs of healthy mice, which were set loose into the enclosure to begin the new society.

During the first 104 days — a phase Calhoun dubbed the "strive period" — the mice adjusted to their new surroundings, marked their territory and began nesting. This was followed by the "exploit period," which saw the population double every 55 days. By the 315th day, Universe 25 contained 620 mice.

Despite the abundance of space throughout the enclosure — each compartment could house up to 15 individuals, and the overall enclosure was built for a capacity of 3,000 — most mice were crowding select areas and eating from the same food sources. The act of eating, as it turned out, came to be viewed as a communal activity, which caused most of the mice to favor the same few compartments.

All of this huddling, however, led to a drop in mating, and the birthrate soon fell to a third of its former level. A social imbalance also took place among the mice:

By Day 315, behavior disparities between males of high and low status became more pronounced. Those at the bottom of the pecking order found themselves spurned from females and withdrew from mating altogether. Having no roles to fulfill within the society of mice, these outcast males wandered apart from the larger groups to eat and sleep alone — and sometimes fight among one another.

The alpha males, by contrast, became more aggressive and pugnacious, often launching into violence with no clear provocation or motive. At times, these males would roam around and indiscriminately rape other mice, regardless of gender. Meanwhile, the beta males — those ranked between the aggressive alphas and outcast omegas — grew timid and inert, and often wound up being the passive recipients of violence. In several instances, bloodbaths ended with a cannibalistic feast for the victors. 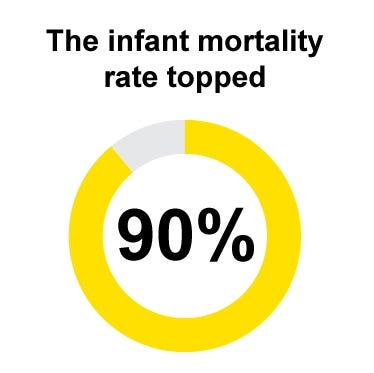 With male mice abandoning their traditional roles in Universe 25, the females were left to fend for their nests. Consequently, many females adopted more aggressive forms of behavior, which would sometimes spill over into violence toward their young. Others would refrain from motherly duties altogether, banishing their unraised litters and withdrawing from further mating, resulting in serious consequences:

A Spike in the Mortality Rate

By the 560th day, the population increase had ceased altogether as the mortality rate hovered at 100 percent. This marked the start of the "death phase" — aka the "die period" — in which the rodent utopia slid toward extinction. Amidst the violence, hostility and lack of mating, a younger generation of mice reached maturity, having never been exposed to examples of normal, healthy relations. With no concept of mating, parenting or marking territory, this generation of mice spent all of their waking hours eating, drinking and grooming themselves.

In reference to their perfected, unruffled appearances, Calhoun called these mice the "beautiful ones." Living in seclusion from the other mice, they were spared the violence and conflict that waged in the crowded areas, yet made no social contributions.

According to Calhoun, the death phase consisted of two stages: the "first death" and "second death." The former was characterized by the loss of purpose in life beyond mere existence — no desire to mate, raise young or establish a role within society. This first death was represented by the lackadaisical lives of the beautiful ones, whereas the second death was marked by the literal end of life and the extinction of Universe 25.

The Sun Sets on Universe 25

Extending on his observations of the beautiful ones, Calhoun later opined that mice, as humans, thrive on a sense of identity and purpose within the world at large. He argued experiences such as tension, stress, anxiety and the need to survive make it necessary to engage in society.

When all needs are accounted for, and no conflict exists, the act of living is stripped to its barest physiological essentials of food and sleep. In Calhoun's view:

Gradually, the mice that refused to mate or engage in society came to outnumber those that formed gangs, raped and plundered, and fed off their own. The last known conception in Universe 25 occurred on Day 920, at which point the population was capped at 2,200, well short of the enclosure's 3,000 capacity.

An endless supply of food, water and other resources were still there for the mice, but it didn't matter. The behavior sink had set in, and there was no stopping Universe 25 from careening to its self-made demise. Soon enough, there was not a single living mouse left in the enclosure..

Before the rodent utopia imploded entirely, Calhoun removed some of the beautiful ones to see whether they would live more productive lives if released into a new society, free of social strife and carnage. Placing these mice in a fresh setting with few pre-existing residents — a scenario similar to that which greeted the initial pairs placed in Universe 25 — he expected the beautiful ones to awake from their asocial haze and answer nature's call to populate the barren environment.

However, the relocated mice showed no signs of change from their earlier behavioral patterns. Refusing to mate or even interact among their new peers, the reclusive mice eventually died of natural causes, and the fledgling society folded without a single new birth.

In Calhoun's view, the rise and fall of Universe 25 proved five basic points about mice, as well as humans:

In 1972, Calhoun shared his observations about the results of the rodent utopia in an essay titled "Death Squared: The Explosive Growth and Demise of a Mouse Population." This work gained instant notoriety for its grim outlook on the consequences of an overpopulated and overly satiated society.

Given all the strife that had been impacting the world in the years immediately before — Vietnam, race riots, political assassinations, the Cold War, China's Cultural Revolution — the public was fearful Calhoun's findings were indicative of mankind's then-present course. The examples of rodent pillage and carnage in the wake of overcrowding seemed to mirror the social unrest of '60s and '70s human society, which coincided with unprecedented urban sprawl.

Despite the grim parables presented in Calhoun's observations, he wasn't trying to imply humankind was headed down a similar path toward extinction. While he definitely saw parallels between the downfall of Universe 25 and some of society's ills, he stressed humans — as a more sophisticated species — had the wisdom and ingenuity to reverse such trends.

After all, humans have science, technology and medicine, all of which give mankind the ability to:

He also pointed out Universe 25 was not a natural habitat, as it was supplied with an abundance of food and luxuries and kept free of predators and disease.

Still, Calhoun feared mankind could lurch toward a similar doom if cities became overcrowded and the population swelled beyond the capacity of the job market. To help society find ways to prevent this from ever happening, he spent part of his later career exploring different forms of human advancement, which he extended to the concept of space colonization.

To that end, he formed an academic team called the Space Cadets. Its purpose was to promote the idea of humans setting up colonies on other planets.

Calhoun also focused on city planning, which he felt was key to avoiding the behavior sink of Universe 25. He believed the design of cities was partially responsible for the ways in which inhabitants interacted with each other and steps should be taken in tandem with development to maintain positive communication between people.

As part of his effort to promote alternative concepts of city design, he tinkered with the rodent utopia model with more than 100 further Universes over the next two decades. His work in this area was highly esteemed among city planning councils in the United States and abroad.

Legacy and Questions in the 21st Century

More than four decades have passed since Calhoun conducted his Universe 25 experiment. Nonetheless, questions linger regarding the observations he drew from the rodent utopia's collapse. Most pressing is the question of human population, which globally could top 9.6 billion by 2050 if we stay on our current course. The population trend arouses numerous concerns:

At the very least, mice and men seem rather similar when Calhoun's research is compared with modern-day civilization.

Looking for more articles about mice and rodents? Victor® offers other articles like this as well advice on pest control in our Learning Center and the Victor® articles. You can also subscribe to our eNewsletter, which will alert you about new articles like this one and offer great deals on our huge range of products, including snap traps for rats and electronic mouse traps.

Also check out Victor® on Facebook, where we regularly announce contests for our fans and announce new products.