8 Ways Your Cat Tries Telling You About an Invader 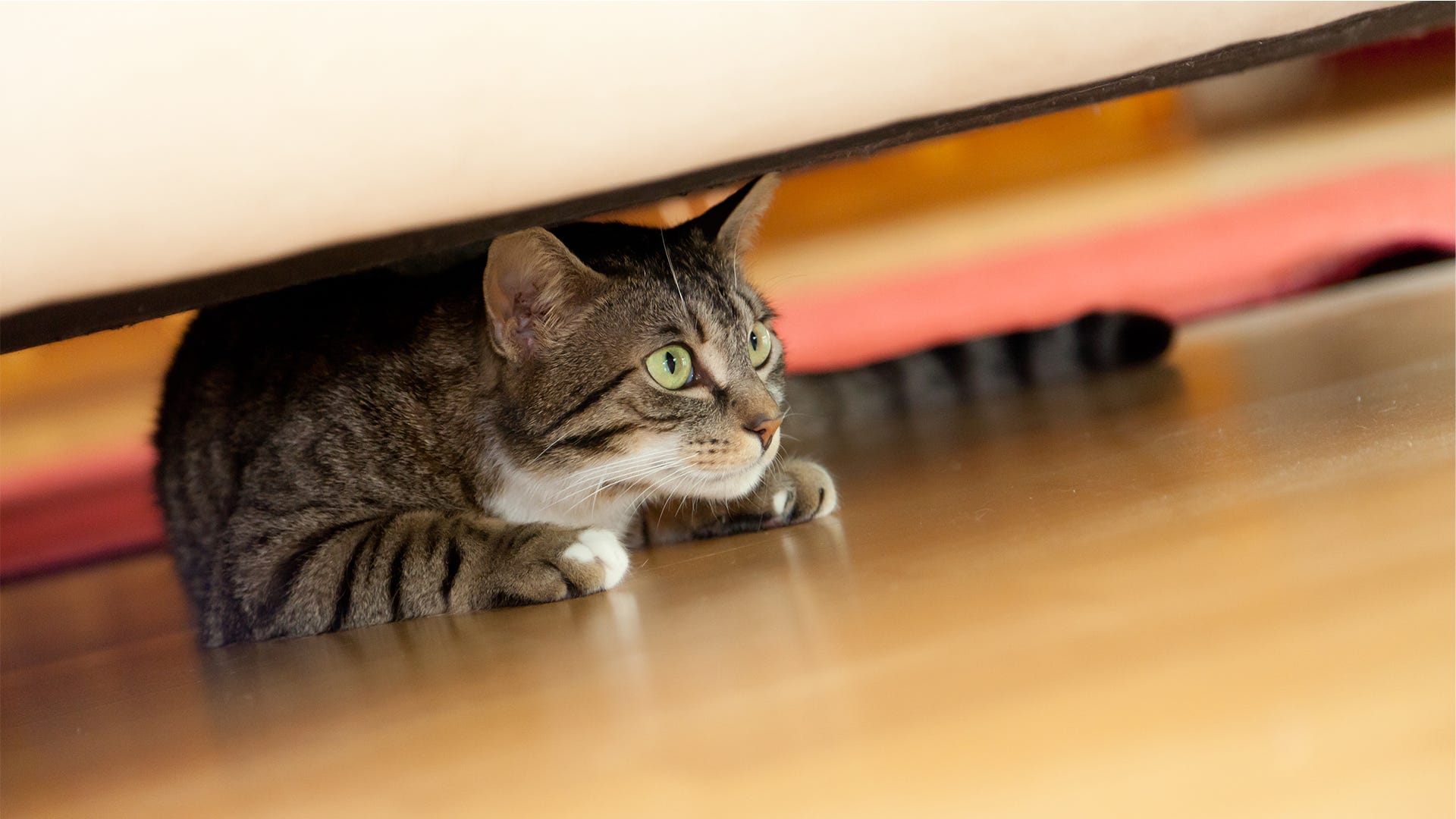 Cats are an emotional bunch! They can’t speak to us directly, but it sometimes feels like they’re really trying. With swishing tails and pivoting ears, they wear their states of mind on the sleeves of their fur coats — so to speak.

The trouble is, really understanding what your cat is trying to tell you can be a challenge. Lots of their vocalizations and body language expressions have several meanings, and can mean anything from “I’m feeling fine today” to “There’s something in the yard … some thing.”

Today, we’re going to take a look at some of the most common cat vocalizations and examples of body language. As you’ll see, lots of these play double-duty, indicating both positive and negative emotions. So while we can point you in the general direction, ultimately, nobody will know your feline friend better than you do. Research suggests that cats in a particular household will develop a “vocabulary” all their own — so listen up, pay attention and have yourself a quality conversation with your four-legged friends.

Cat Behavior: What Your Cat is Trying to Tell You

There are many sounds in your cat’s repertoire of language, and they all have meanings. Here are some common vocalizations you’ll probably hear:

The point is, if your cat is chattering or twittering while they look out the window, it probably means they’ve located an intruder in the yard — a bird, or a squirrel or possibly another cat. Then again, it might signal a more aggressive response — some cat experts suspect that these noises might be an exaggerated version of the cat’s coup de grâce, as it envisions getting its paws on the intruder in your yard.

Your cat’s body language is another extremely useful tool your cats can use to alert you to intruders or other sources of distress:

Have a Conversation Today!

As you can see, you really can have a conversation with your cat! It might take some practice to pick up on the nuances and hidden meanings, but hopefully we’ve helped you learn a bit more about how to understand cats.

While you’re here, remember to sign up for our newsletter, and tell us about any experiences you’ve had with your cat tipping you off about intruders when you visit Victor® on Facebook!