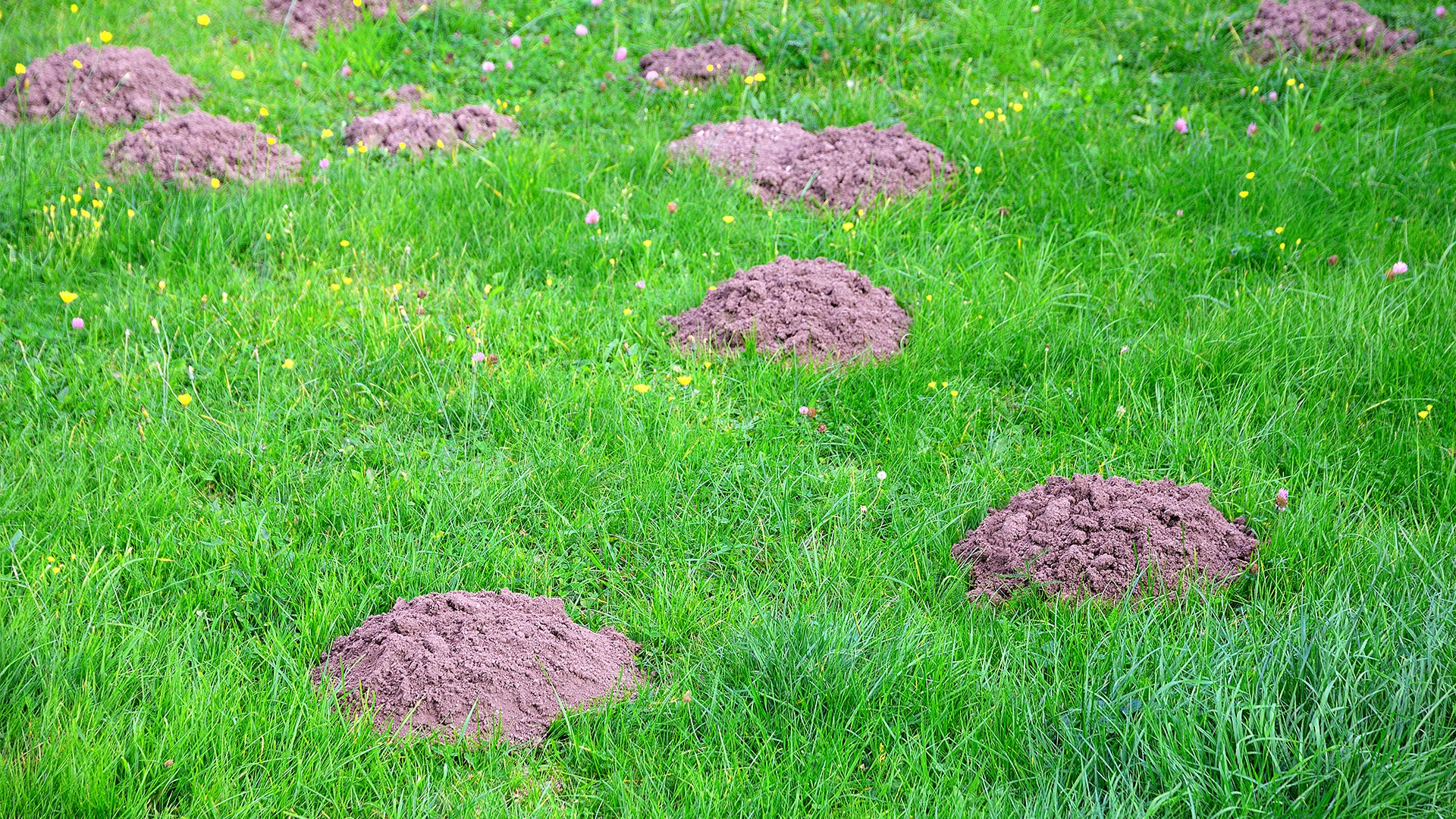 It’s hard not to “make a mountain out of a molehill” when your luscious lawn suddenly gets pockmarked with holes caused by a visiting critter. A mole may not be there to steal your produce or enter your home, but the damage it does while burrowing about its business will definitely rob you of the pleasures you get from enjoying your springtime lawn and garden.

In addition to ruining the aesthetic of your yard, you also have to worry about plants and vegetables dying from having their roots exposed. And a mole’s often intricate network of tunnels may be utilized by mice, voles or other rodents that will eat your plants’ roots and bulbs. Be ready to tackle this unexpected problem and restore your backyard haven to its former beauty!

There are many burrowing animals, but the entrance leading to and from a mole’s tunnel is rather distinct, often described as having a volcano shape. This is built up by the burrowing mole, and the displaced soil trickles down the sides of the pile, creating the conical shape. These may even be connected by a raised series of trails visible on the surface. 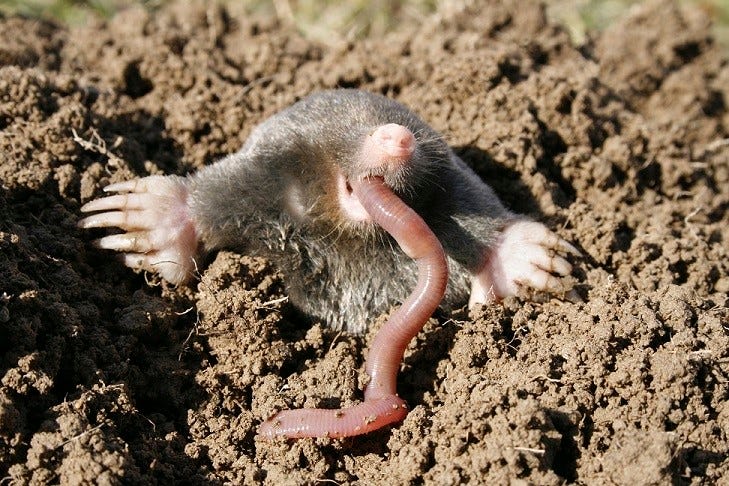 If moles aren’t interested in your vegetables, why are they there? What do moles eat? Often believed to eat plant roots, moles are in fact not herbivores, but disturb the plants in search of grubs, earthworms and other animals living off the soil – or living off your plants! Their resulting actions can endanger your plant life by forcing roots out of the soil, separating them from the nutrients they need to survive. Pat down any upturned soil or plant and add water to prevent any foliage in the vicinity of the disturbance from drying out. 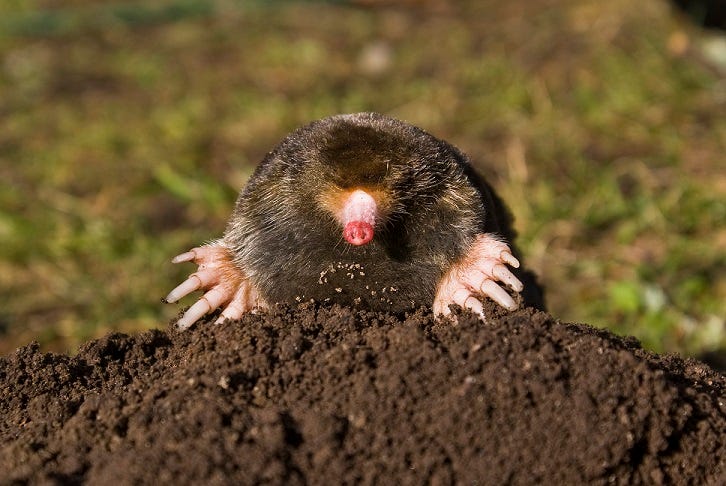 If you’ve had success dealing with critters that endangered the beauty and integrity of your lawn or garden, let us know on our Facebook page. It would be great if you could include before and after photos!

Keep Moles at Bay With Victor®