How Many Baby Mice are in a Litter? 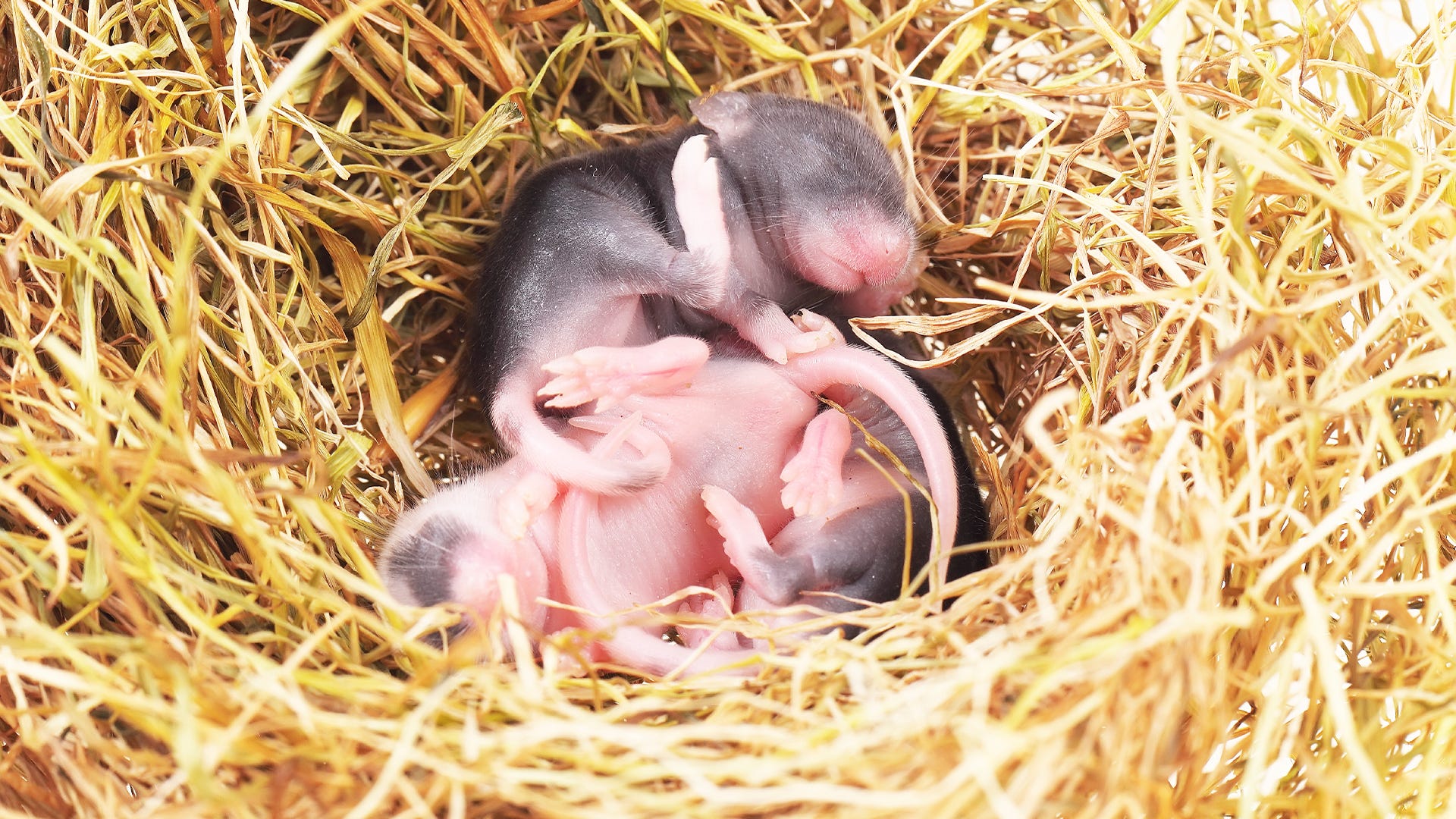 The question of how many mice are born in an average house mouse litter is a loaded one. The answer touches upon how one pair of intruders can multiply its numbers and become a serious infestation problem. Make sure to check out our control options below to see what options you have to solve an infestation problem. Let’s check out some of the numbers involved. Warning: Be prepared to be overwhelmed—and not just by the math involved!

One of the reasons nature has decreed that animals in the wild have large litters is because of the environmental factors that work against their vulnerable young. Lack of sufficient shelter or food means that only the heartiest will survive, and mothers may even eat their young ones in stressful situations. According to University of Oklahoma professor, Douglas W. Mock, author of More than Kin and Less than Kind, a mouse might devour her offspring for two reasons.

For mice, as for many in the Animal Kingdom, it’s all about the survival of the species, rather than the survival of the individual. And the fathers take that very seriously, wanting to ensure that it is their genes specifically that are passed along to the offspring. If a male mouse suspects that the litter produced by his mate belongs to another male, he will kill the ones he believes are not his own.

Now that you have some idea how two mice can turn into an army in short order, you can understand why Victor® didn’t stop after developing their best-selling Victor® Metal Pedal Mouse Trap. When a mouse intrusion goes unnoticed long enough, you will want to do more than catch them one at a time. Victor® offers a variety of options that let you tackle numerous rodents at one time. In addition to our snap traps, you can also try our Victor® Smart-Kill™ Wi-Fi Electronic Mouse Trap or Victor® TIN CAT® Mouse Trap.

TAKE CARE OF THE PROBLEM BEFORE IT GETS BIGGER