How To Get Mice Out Of Your Walls, Air Ducts And Crawl Spaces

Not Yet Satisfied? Learn More!

Mice are drawn to homes for three simple reasons: Houses are warm, safe and stocked with food. When mice infest a home, they'll generally use the darkest corridors – such as air ducts, crawl spaces and wall cavities – to run around in search of food. Mice can climb walls and slip through holes the size of a small coin, so there's really no stopping them if they go undetected.

The following article will cover the steps you must take when there's evidence of mice in your home, including what to do about mice or rats in crawl spaces and live or dead mice in walls, as well as how to remove rodents from air ducts. 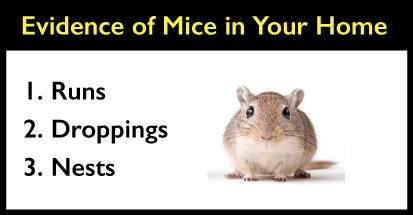 Evidence of Mice in Your Home

If holes have appeared in food bags that you've left on the counter overnight, your kitchen might have been visited by a family of mice. Maybe you've heard sounds within the walls and under the floorboards as you fall asleep or wake in the middle of the night – that could very well be the sound of mice forging trails through your home. Perhaps you've even spotted one crawling along a rafter or down the bricks of your fireplace. In that case, it's obvious that you have a mouse problem. Even if you don’t spot them with your own two eyes, you can still zero in on a mouse invasion if you spot the following signs of evidence: 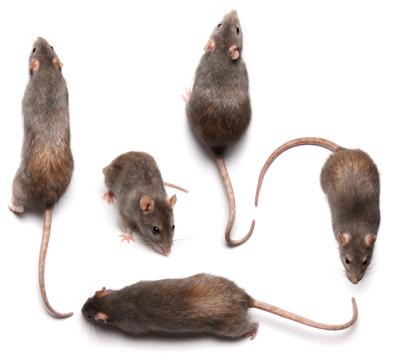 When mice make their way into your crawl space, they've found an ideal home; a dark space to sleep all day, from where they can access various holes and ducts to your kitchen at night. If your house is situated near any densities of wild mice, your crawl space was likely a target from day one. Of course, mice generally have the advantage when it comes to crawl spaces, since it's an area that's dark, narrow and rarely checked by homeowners.

You might have assumed that your crawl space would be foolproof, but all it takes is a little crack for rodents to enter your home. After all, mice can squeeze through dime-sized holes, and rats can slip through quarter-sized openings. An infestation can slowly eat away at the foundation of a home. While the crawl space serves as a vapor barrier to your house, it can all become compromised if mice make their way inside. The holes they leave could degrade the water barrier of your home, which would in turn allow rancid mold and fungi to form. However, the following do's and don'ts can make your crawl space mice-proof:

How to Remove Rodents From Air Ducts

Air ducts are among the likely areas that mice will cluster and sleep between their travels and meals. When mice die in the heating and cooling ducts, it can send a rank odor throughout a house. If rats have invaded your air ducts, the following steps can help you end the problem.

Switch off your central heating and cooling system and let the grates reach room temperature. Unscrew and remove the grates that cover your heat vents.

For each vent, bait a snap trap with the fragrances of fetching foods, such as raisins, dates, cheese, chocolate or peanut butter.

Place a trap in each air duct. If you can spot any trails of mouse prints or droppings, place the trap directly along those lines. Reattach the vent grates and reactivate your heating system.

Every morning, take a flashlight to the vents and inspect each trap for mice. If any mice have been caught, unscrew the grate and remove the trap. Put on rubber gloves, place the mouse in a zip-lock bag and throw it away.

After disinfecting your hands, return the scented trap to the air duct, reattach the vent grate and keep checking each morning for further trapped mice. Repeat the process until the mice have been eliminated.

To prevent this type of infestation from reoccurring, seal off any small holes that could possibly give rodents entryways into your home. Inspect the vents throughout your house for slivers between the ducts and the roofs or walls. Cover these gaps with mesh wire to block rodents from slipping through. The same should be done on any other gaps that might serve as entrances for mice, such as slivers around the sides of door knobs, window frames and rafters.

How to Get Mice Out of Walls 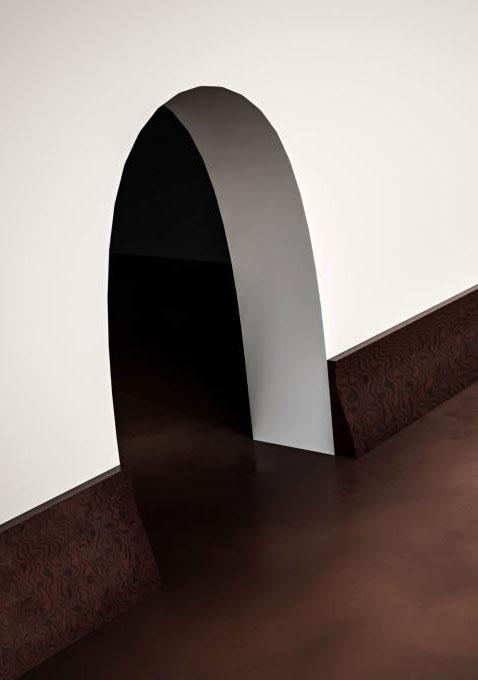 If you hear what sounds like tiny feet running up and down the interior of certain walls in your house, position snap traps along the bottom edges of the walls in question. With the food-baited ends facing the wall, place the traps against areas along the wall's base that could serve as passageways for mice, such as slivers and small holes. Mice tend to run along the edges of walls when running from room to room, so a path of peanut-butter laced traps should do the trick. Don't use poison, because the effects aren't immediate and mice could have time to retreat into a wall before dying, which would ultimately leave a messy, smelly problem that could be more difficult to remove.

To paraphrase Murphy's Law, there's always one more mouse. It could be a case where mice are entering your house through the eaves and getting trapped inside the wall cavities. Here’s how to get rid of mice in walls:

To prevent this type of infestation from reoccurring, seal off any small holes that could possibly give rodents entryways into your home. Inspect the vents throughout your house for slivers between the ducts and the roofs or walls. Cover these gaps with mesh wire to block rodents from slipping through. The same should be done on any other gaps that might serve as entrances for mice, such as slivers around the sides of door knobs, window frames and rafters.

Once you feel confident that you've beat the problem, patch the hole in the drywall with sealant, and be sure to inspect the eaves of your house for spots where mice could have possibly slipped through.

In some cases, evidence of a rodent problem could all be down to your sense of smell. Even if you haven't seen any critters in your house, the stench of dead mice may have accumulated in the interior of your walls. A dead mouse should not be left to rot inside your wall, because its corpse could soon attract fleas. With an electronic borescope, you can locate the corpse's whereabouts by drilling a coin-sized hole, a few inches off the ground, into the drywall of the cavity that seems to be emitting the smell. If the borescope search reveals nothing, try another hole in the adjacent cavity. If you see a dead mouse, cut out a larger 6- by 9-inch hole in the drywall to remove and dispense with the corpse, then reseal the drywall.

Kill Mice Once and for All

When there's evidence of mice in your home, it's important to isolate the root of the problem, seal off the entryways and prevent the matter from spreading any further. Whether it's a matter of mice in crawl spaces, air ducts, or even live or dead mice in walls, glue trays, snap traps and ultrasonic pest control units can help.

One of the best anti-rodent products on the market is the Victor® Kill Vault™ Mouse Trap, the no-touch, no-see, no-cleanup, easy-to-use unit that kills mice quickly and effectively. If mice invade your home, their final stop will be the Kill Vault™.

Protect Your Home Inside and Out With These Trusted Brands